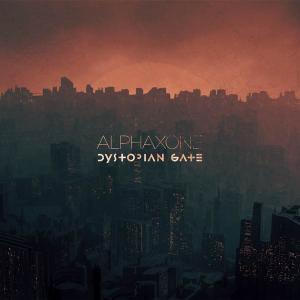 Alphaxone serves us a warm and inviting album about the contrast between the dystopian and the dream of a better future among the stars. With a breath of fresh air from the oxygen tank you gaze over the rooftops towards a red sky. The colonization ship glimmers, leaving for dreams of a better future. Below, the city has turned dead silent after curfew. You fish a cred stick out of your pocket, enough for this months oxygen supply. At this rate you're ten lifetimes away from a resettlement ticket. Or 6 months if you play your cards right in the underworld. Recommended for fans of Space Ambient and Warm Analogue pads.

In Flames - Soundtrack To Your Escape (2004) [Japanese Edition] 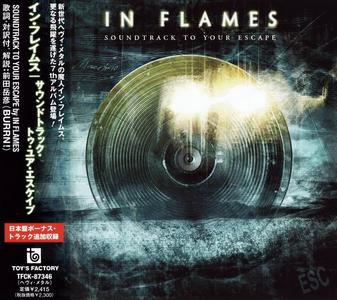 In Flames was certainly under the extreme-metal microscope upon the release of Soundtrack to Your Escape and its predecessor, Reroute to Remain. The band had the potential to crack the metal underground wide to the mainstream, existing on the cusp of international stardom with its progressive extrapolations upon the Swedish metal genre they helped create. Fact is, Soundtrack to Your Escape exists to further polarize In Flames' fan base - "Touch of Red" and opening cut "F(r)iend" are their heaviest riff monsters since Colony, which blatantly contrast "The Quiet Place," which is jammed with cascading guitar melodies and a thick, sticky chorus which, in a just world, would make for a rock-radio smash… 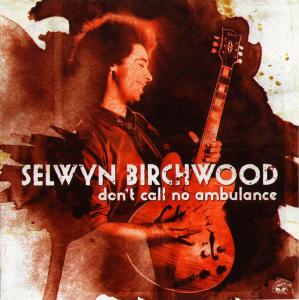 Explodes with fresh, inspired takes on lowdown juke joint romps, gut-wrenching blues, tear-jerking soul and modern blues rock. Birchwood’s raw, urgent vocals and sparkling guitar and lap steel playing drive the music, and the songs are simultaneously fun and thought-provoking. "Don’t Call No Ambulance is the remarkable debut album by young guitarist/singer Birchwood. He is a powerhouse player and emotive performer whose work respects blues tradition but could not be more contemporary. His band, his material, and both his skilled guitaring and soulful vocals are the essence of fully-formed; Birchwood is a major player.

The Pearson Memmott Conspiracy - The Soundtrack To An Ordinary Day (2020) 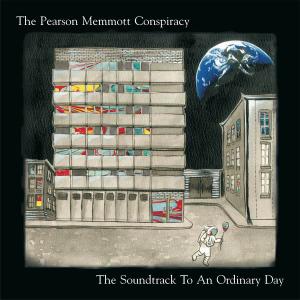 Pod Pearson and Rich Memmott are two Sheffield-based multi instrumentalists, with a love of rock, classic pop, progressive, symphonic and hey, even a little jazz. In their Autumn years, finally committing their music to tape. 2016's "Extended Play" EP showcases their quirky magic, and the forthcoming album "The Soundtrack To An Ordinary Day" is out in February 2020. New music from old hands. 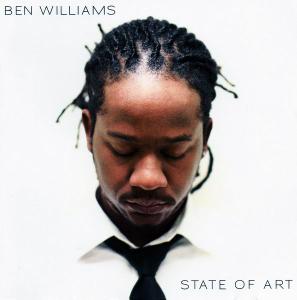 Bassist Ben Williams' 2011 solo debut, State of Art, is a thoughtful contemporary and post-bop-leaning album that finds the winner of the 2009 Thelonious Monk International Jazz Competition delving into several original tunes and successful pop covers. Williams is an adroit improviser with a fluid, muscular approach to the upright - as well as the electric - bass, and he showcases all of his skills here along with his ear for unexpected covers and lively originals. Tracks like the roiling, Latin-infused number "November," featuring guitarist Matthew Stevens, and the high-energy, frenetic "Mr. Dynamite" are ear-popping straight-ahead jazz moments, while the hip-hop jazz cut "The Lee Morgan Story," featuring MC/vocalist John Robinson, brings to mind such '90s innovators as Gang Starr and A Tribe Called Quest… 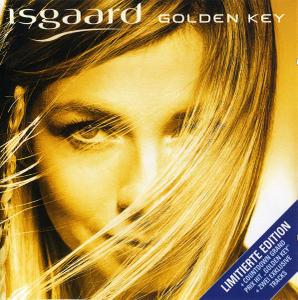 Isgaard Marke (born 1972 in Husum, Schleswig-Holstein, ) is a classically trained singer, who is also involved with the project Classic meets Pop. Her style resembles influences of the Kate Bush school as well as cold wave influences and modern ambient sounds. In 2003 Isgaard's debut album "Golden Key" (Edel Records) was released in 14 countries and achieved various chart positions. As a result the record company she was requested go on tour as support for the group Gregorian. 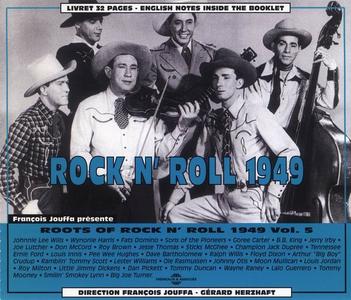 To discover the origins of rock & roll, one has to return to the music of the 1930s and '40s, when the blues and rhythm & blues ruled the airwaves. The musical geniuses of these genres were primarily African American, although a few Anglo artists crossed over into the earthy music played in dance halls and on the radio. Few of these artists cashed in like their spiritual descendants a generation later. Nonetheless, they have left a legacy in song of their rich tradition. This CD is part of a series that traces the colorful history of rock & roll to its source. Making an appearance are New Orleans R&B giants Fats Domino and Dave Bartholomew. Other well-known artists include B.B. King, Wynonie Harris, Tennessee Ernie Ford, Louis Jordan, Champion Jack Dupree, and the Sons of the Pioneers… 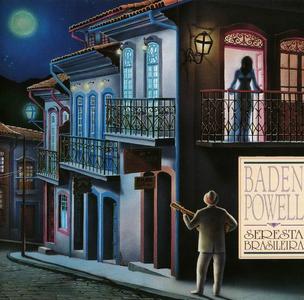 An excellent Brazilian guitarist, Baden Powell has played with his share of American jazz greats (including Herbie Mann and the late Stan Getz). But there's no jazz to be found on Seresta Brasiliera, which was recorded for the Brazilian Caju Music label in 1988 and released in the U.S. on Milestone/Fantasy in 1994. The title Seresta Brasiliera translates to "Brazilian serenade," and an unaccompanied Powell embraces the Brazilian serenade style on personal, introspective versions of Pixinguinha's "Rosa," as well as songs he wrote with his frequent partner, the late Vinicius De Moraes (including "Velho Amigo," "Cancao Do Amor Ausente" and "Serenata Do Adeus"). A melancholy mood defines much of the CD, and Powell's playing is often as beautiful as it is sad and remorseful. Seresta Brasiliera is an album with little optimism and plenty of soul. 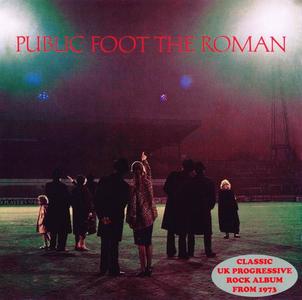 This is the CD debut of sole album from powerful but rather forgotten British progressive quintet. Original record was decorated with mysterious Hipgnosis cover and released in September 1973 on Sovereign label - home of Renaissance, Mouse and Flash. Most of the album was ﬁlled with varied, imaginative and cleverly-arranged songs deﬁnitely inﬂuenced by Wishbone Ash and early Yes, but it must be stressed that the band has its own sound as well, with their superb combination of electric twin-guitar leads, intensive & varied keyboards parts and ﬁne harmony vocals against the solid rhythm section. Unfortunately, in 1975 the band changed its name to The Movies and began to play much less progressive musiс. 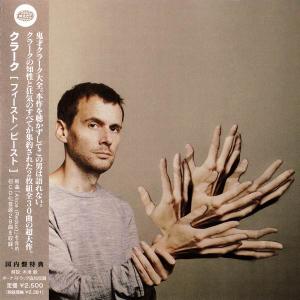 At over two hours long, Feast/Beast is a thorough reminder of how prolific a remixer Clark was during the 2000s and 2010s. It also reaffirms just how versatile a sound-shaper he is: while there's definitely an aesthetic holding even the wildest moments here together, he never takes exactly the same approach on any two songs. The names represented on Feast/Beast are almost as wide-ranging as the way he refashions tracks for them. Obviously, his remixes for some of the bigger artists are among the standouts, but he's just as creative in his work for lesser-known acts. Not surprisingly, some of the highlights come from his collaborations with fellow Warp artists, whether he's remixing them or vice versa; the Clark tracks remixed by his friends offer yet another perspective on his music… 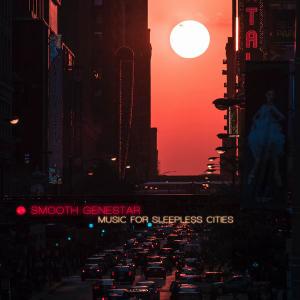 Smooth Genestar returns with a massive load of Lounge, Nu Jazz, Trip Hop and Downbeat: 3 hours and 21 tracks full of deep, melancholic and uplifting vibes, always influenced by Old school Hip Hop and Jazz. These tracks have been written with Love, and they are dedicated to all those restless Hot spots and peoples - who turn the cities into sleepless cities. This collection of pure and calming urban tracks is meant to be the perfect soundtrack for all sunset people or night owls. Joining a good glass of wine at home, working or studying at night or as musical painting for Late Nite Bars - the included tracks will fit every situation and every need. For the sleepless ones. For the cities. For the urban adventures. And at least - for your senses. 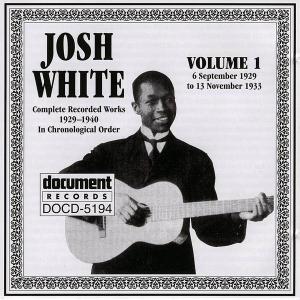 Josh White, who became famous in the 1940s as an accessible and highly intelligent folk singer, began his career as a blues-oriented vocalist and guitarist. Vol. 1 of his complete early recordings starts with a couple instrumental jams from 1929 with the Carver Boys (a quartet consisting of harmonica and three guitars). The remainder of this CD is from 1932-1933, with White heard on some easy-to-take religious songs and as a blues performer. These 24 recordings are all solo numbers other than two selections that have an unknown pianist added. White's voice is strong, and his guitar playing is quite fluent. Among the better numbers are "Black and Evil Blues," "Things About Coming My Way," "Double Crossing Woman," and "Lay Some Flowers on My Grave." This set is particularly recommended to blues collectors who were not aware of Josh White's musical beginnings. 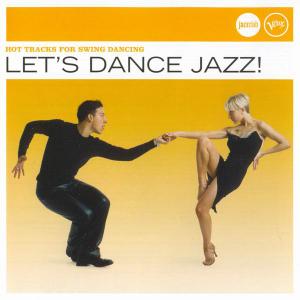 The Jazz Club series is an attractive addition to the Verve catalogue. With it's modern design and popular choice of repertoire, the Jazz Club is not only opened for Jazz fans, but for everyone that loves good music.
Louis Armstrong, Kenny Burrell, Blossom Dearie, Shirley Horn, Count Basie, Anita O'Day, Oscar Peterson, Dinah Washington and more. 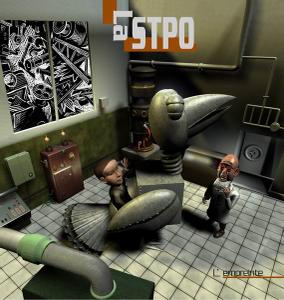 La Société Timides à la Parade des Oiseaux is a fun group of crazy musicians who express their madness through delirious instrumentals punctuated with fiery, psychedelic French vocals. The band was founded in 1984. 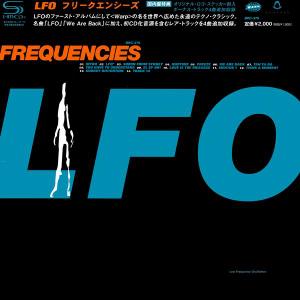 LFO are one of the most influential dance acts to come out of the UK. Signed to Warp over two decades ago on the strength of a few scrappy demos, their sound is still as fresh today as it was in warehouse parties of the early nineties. Frequencies has influenced multiple producers, DJs and bands throughout the years, and the original album charted worldwide and gained Top 40 placement in the UK. It includes the cult dance floor filler ''LFO,'' which achieved a number twelve chart position in the UK. LFO originally released Frequencies in 1991, an album that not only plays a crucial part in Warp's history - but also represents a pivotal moment for the British rave movement.